Thank you for sharing your feedback!

900+ people took the survey about the future of downtown public spaces. We are reviewing responses and will use your input and feedback to inform updated designs. 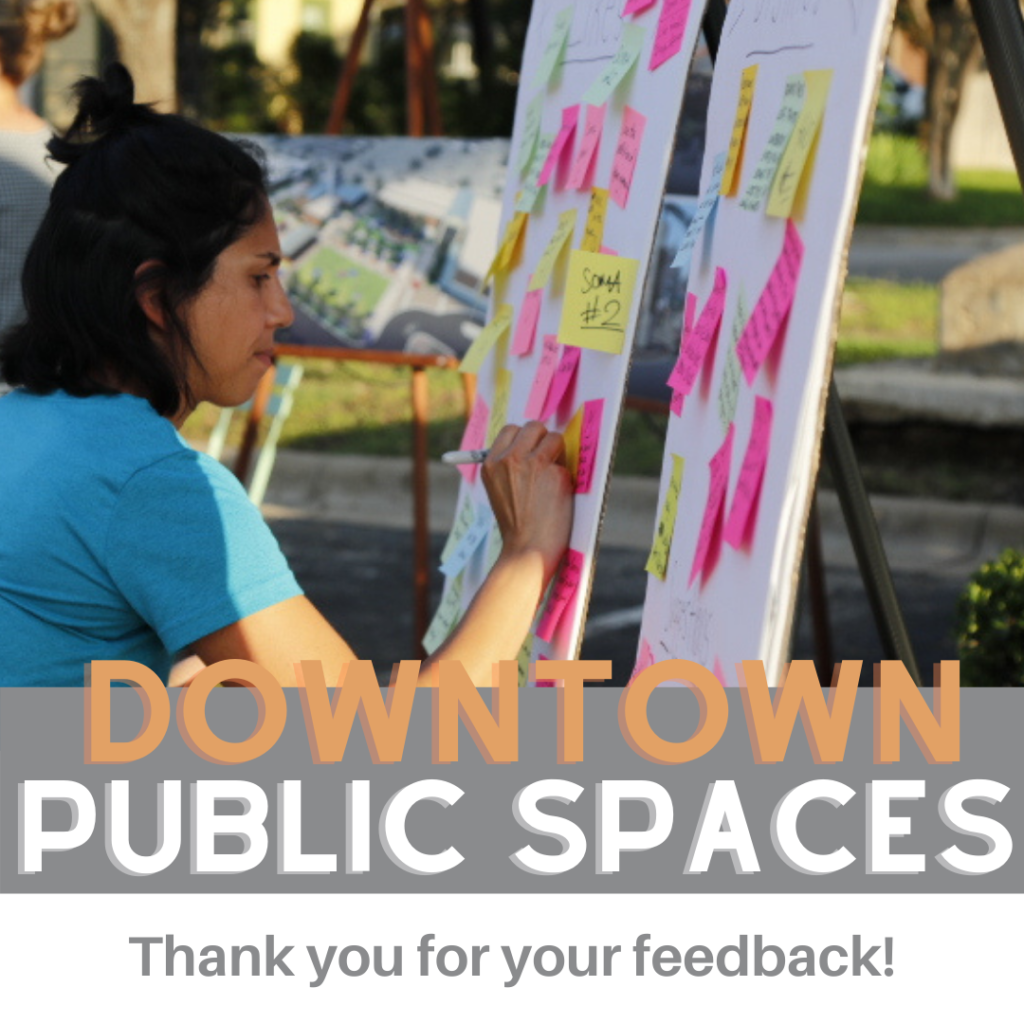 The City of Georgetown values your input and thanks you for sharing feedback in the online survey which closed on May 28. The survey included questions on proposed features of additional public spaces within Georgetown City Center as well as other public spaces downtown, where people could hold gatherings and organized events. The proposed concepts would also enhance the landscaping and hardscaping in the area to create cohesion of the individual spaces and buildings.

This survey is a method to gather public sentiment about the conceptual features of Georgetown City Center. Georgetown City Center incorporates the Public Library, Light and Waterworks Building (Planning Dept.), City Hall, Shotgun House, and the Council and Court building, as shown in the map below.

In 2019, municipal offices were centralized to the west side of downtown to better serve customers. Following this move, and consistent with the Downtown Master Plan the need for more outdoor gathering spaces for performances, events, play space, and public art was identified. Phase 1 of this project which includes gathering stakeholder feedback and public engagement was put on hold due to the pandemic. At this time, the project has resumed efforts to pick up where things left off at the start of the pandemic. Conceptual designs are included in the survey.

Results of this survey will be used to inform decisions about the proposed features and design of the City Center’s open spaces as well as additional public spaces downtown. As we look toward funding options that would include a mix of public dollars and grants from outside agencies, we hope to increase public spaces for the Georgetown community. 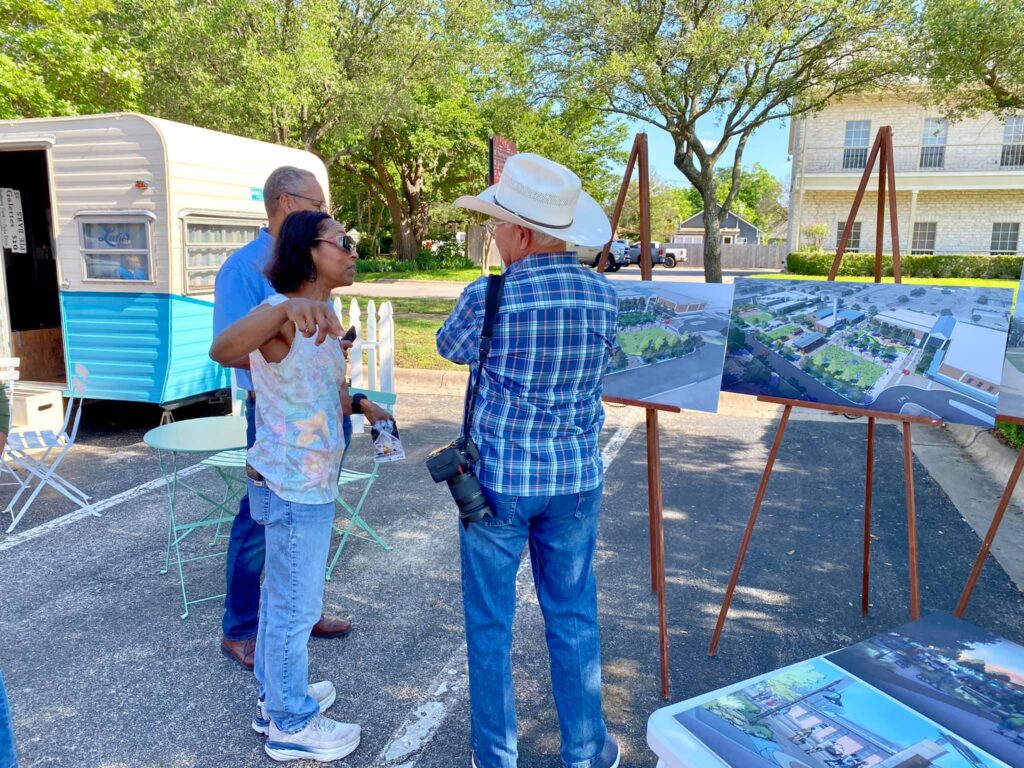 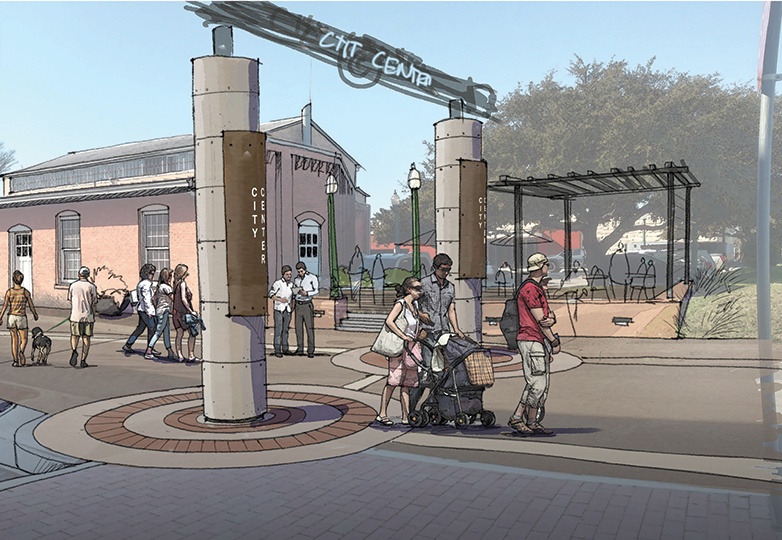 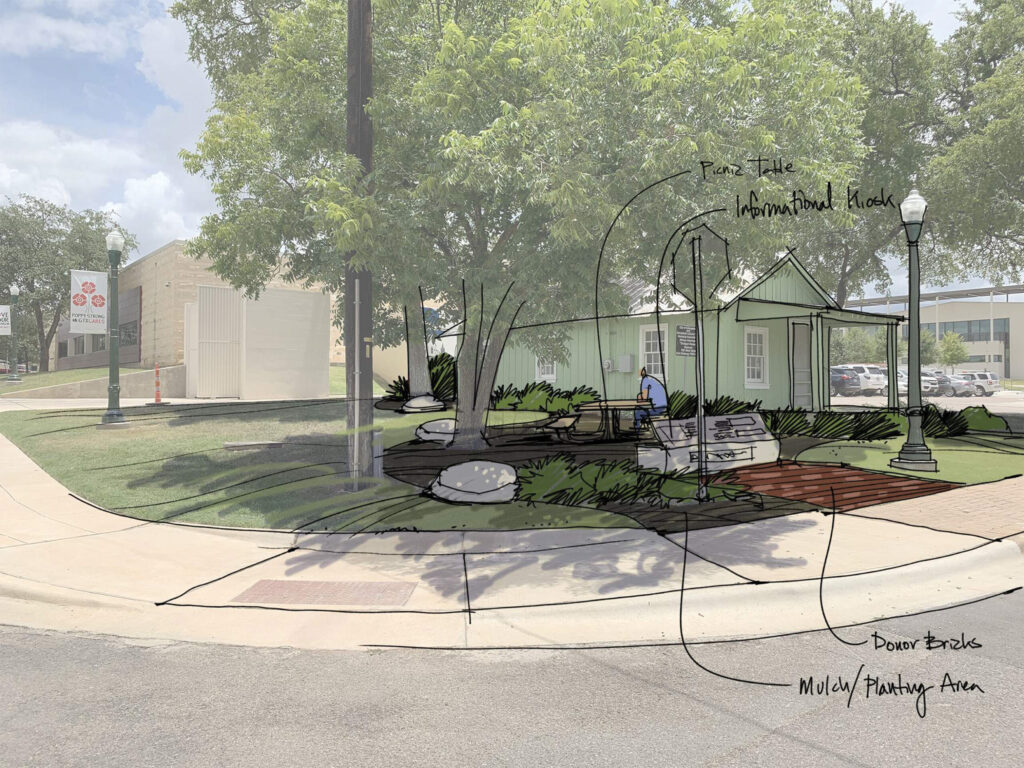 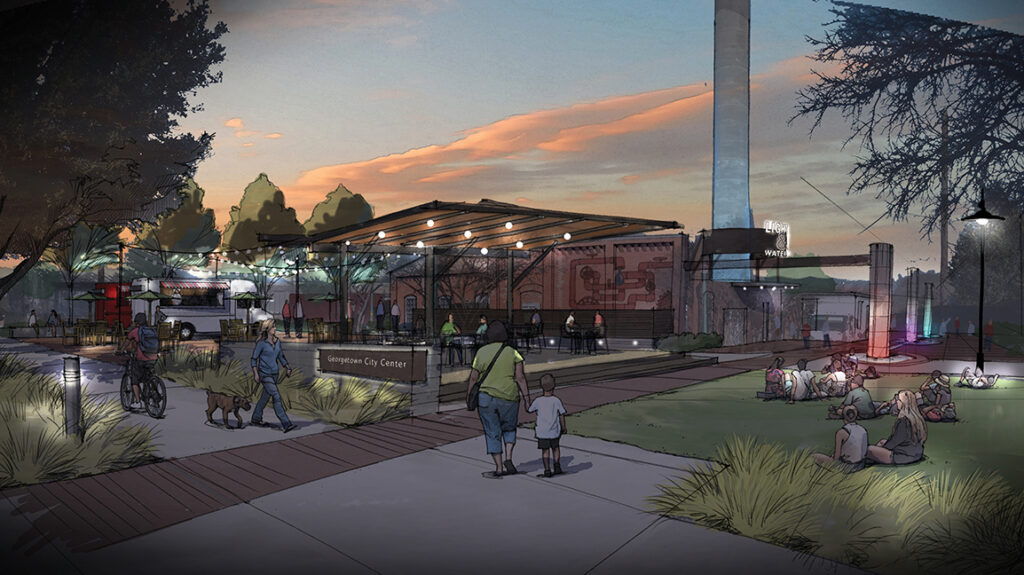 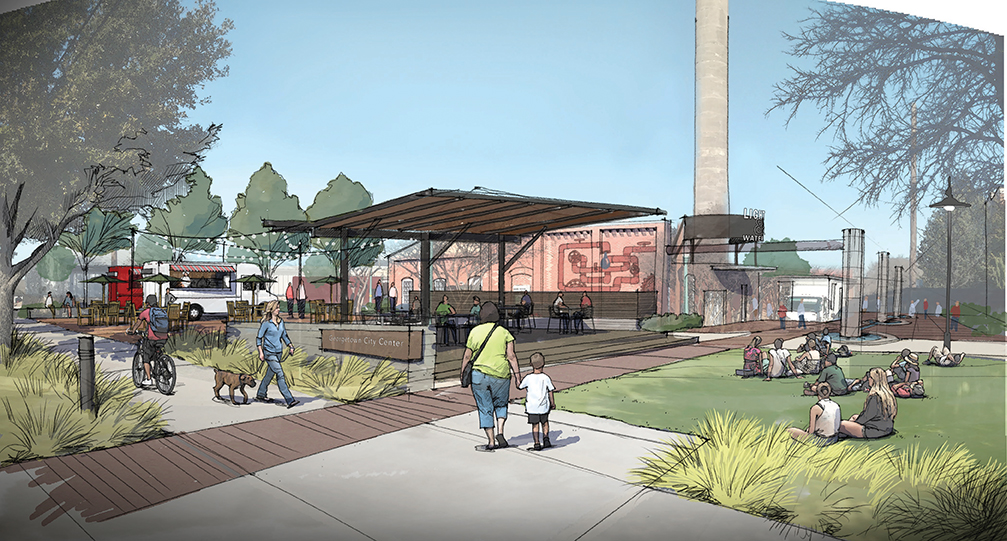 Use the gallery carousel to view image concepts of improvements.

Proposed features include a green lawn outdoor space next to the Library, featuring a playscape, public seating, and art. This space would be landscaped with native plants and feature shaded seating in what is now the 9th street parking lot of the Library.

Forest Street will be closed off to traffic and become a pedestrian-friendly walkway with an interactive water element. A shade pavilion that doubles as a performance platform would be installed that adjoins open spaces for food trucks.

MLK Jr. Street also has some proposed changes. It could be completely blocked off to traffic, making the entire City Center a pedestrian-friendly and walkable zone. Spaces that are currently outside the Historic Light and Water Works building will be shifted to be at the Southern end of the street.

The Shotgun House, a historic downtown landmark, will also see some proposed improvements. Installation of landscaping elements, as well as public seating and an informational kiosk, are among the changes suggested.